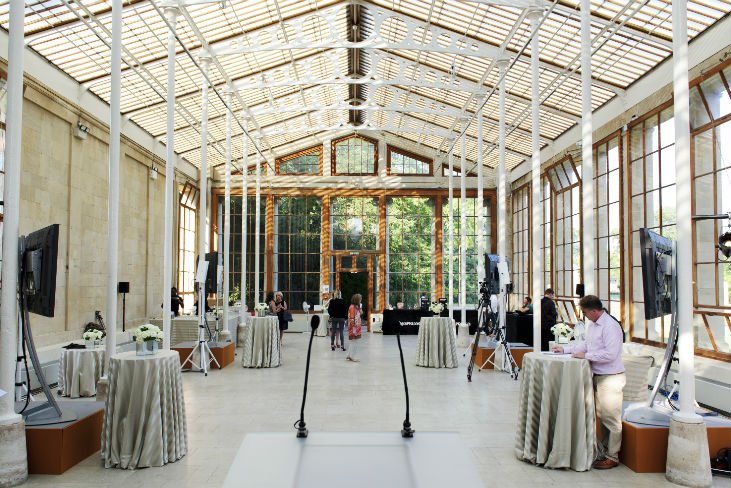 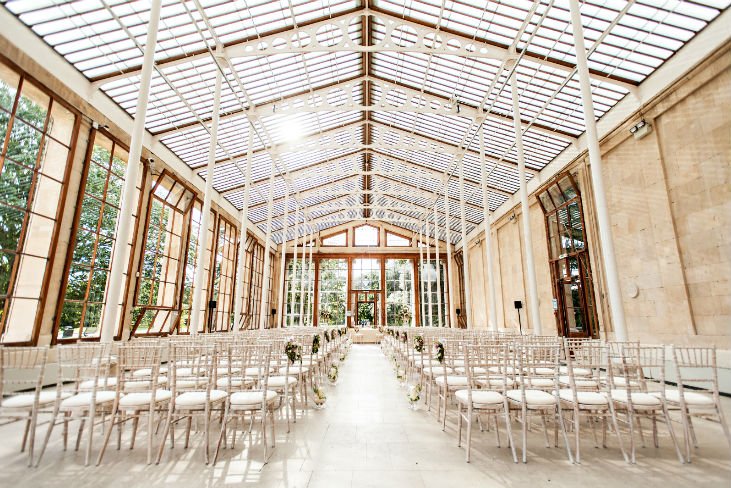 The Nash Conservatory is the oldest of the 19th Century glasshouses at Kew. An atmospheric and enchanting venue, The Conservatory allows guests to appreciate the utopian surroundings of the Kew Gardens, which become even more show-stopping by night when the whole venue to be spectacularly lit up.

The conservatory has been designed according to a classical ‘Greek Temple’ style. The glazed structure is punctuated with ionic stone orders, whilst the east and west facades are lined with six Portland stone columns. Bath stone pilasters line the north and south fronts, and the interior is decorated with elegant cast iron posts and trusses. The space is ideal for receptions and dinners, and can host up to 200 guests.

The Nash Conservatory was originally built at Buckingham Palace but moved brick by brick to Kew by King William IV in 1836. It was one of two designed by John Nash.