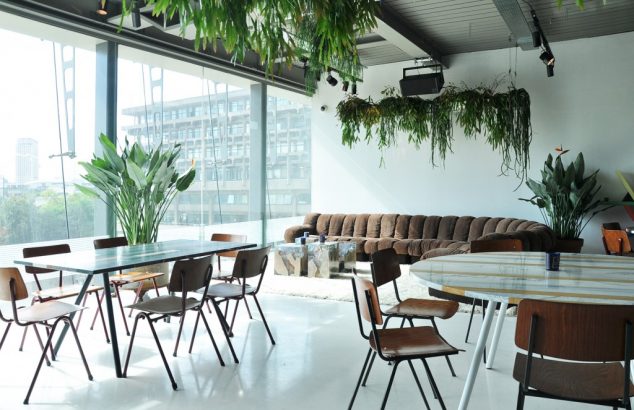 About The Store Studios Venue Hire

Located near Fashion Week’s previous home, Somerset House, the new venue fulfils the BFC’s ambition of “creating a fashion and cultural hub in the heart of London.” The space was used to host events such as HERO Talks: HERO Editor in Chief, James West in conversation with one of London’s most exciting young designers, Daniel W. Fletcher followed by audience Q+A.

Alex Eagle, Creative Director of The Store Studios, which has retail spaces at Soho House Berlin and Soho Farmhouse, said: “With the fashion industry spearheading the shift from the direct experience of a runway show to broadcasting that experience around the world, The Store Studios is the perfect space for the London Fashion Week Festival.”

Justine Simons said: “London is a top fashion capital – we have brilliant fashion colleges, leading designers and established brands, and Londoners of course have a great sense of style. London Fashion Week and London Fashion Week Men’s have been blazing a trail on the world stage, and the brand new London Fashion Week Festival will up the game even more – cementing The Store Studios as the coolest new creative quarter in London and offering a fantastic opportunity for the public.”

Send Us Your Enquiry

Take a look at The Store Studios here.