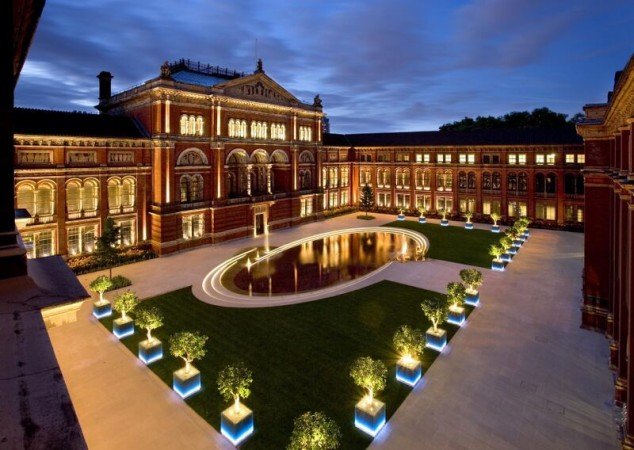 Planning your next awards ceremony and looking for some inspirational venues? Then here are some of our favourite spaces for luxury awards ceremonies in London.

7 stunning venues for your next awards ceremony in London

One of the UK’s most famous music venues, the Roundhouse has hosted big names ranging from Blondie to the Beatles. With a capacity of 1,000 seated guests, it’s among our largest awards ceremony spaces, and benefits from outstanding sound, lighting and technology from its exquisite Main Space.

England’s oldest public art gallery, the Dulwich Picture Gallery is in the beautiful upmarket neighbourhood of Dulwich Village, south London, and is renowned for its 17th– and 18th-century European Old Masters. This space can house up to 300 people for seated receptions and is about a 10-minute walk from West Dulwich station, which has direct links to Victoria.

With its magnificent high ceilings and smart contemporary design, Austin Friars offers a superb backdrop for London awards ceremonies. Right near the heart of the City, this former Augustinian priory dates to the 13th century, and is just minutes from Bank, Liverpool Street and Moorgate stations. This classically designed venue can accommodate up to 250 guests, so it’s well suited to smaller events

This regal City venue includes London’s largest medieval crypts and has hosted many royal figures in its time. With an opulent Great Hall and space for up to 500 guests for dinners, it’s an enchanting setting for an awards ceremony.

In picturesque Battersea Park, this purpose-built 3,750-square-metre blank canvas space is one of the largest in London, housing up to 2,000 guests for dinners and 4,000 for conferences. Battersea Evolution also has a spectacular glass-fronted atrium and can be customised to many different layouts for your awards ceremony.

6 – The Victoria and Albert Museum

Celebrate your awards ceremony in style at one of London’s most prestigious cultural attractions. The Victoria and Albert Museum in South Kensington is regularly used for special events, from photoshoots to awards ceremonies, and has several private galleries accommodating between 60 and 400 seated guests.

A magical setting for awards ceremonies in London, the Marylebone Town House has a dramatic Great Hall and bar, Glass Room, Boardroom and balcony. Built in Portland stone, this venue was created by Greek and Greek Cypriot communities in the 1970s and can accommodate between 80 and 200 guests for seated dinners.

Get in touch to find out more. If you’re interested in learning more about these spaces or other venues for London awards ceremonies, please fill in our online enquiry form or contact our venue experts today to tell us what you need.