A guide to Adventure Films Underground from Venueseeker

Book tickets to Adventure Films Underground at the Brunel Museum in Rotherhithe, east London, where you can watch three of the best adventure films ever produced.

About the Brunel Museum

Named after one of the most influential figures of the Industrial Revolution, Isambard Kingdom Brunel, this museum tells the story of all of his great works, from the first modern ocean liner to the world’s largest ship. Open seven days a week, the museum is also a popular London event venue, and includes the huge Grand Entrance Hall, the world’s oldest underground theatre.

Watch these three renowned water-related adventure films in the oldest tunnel of the world’s oldest underground:

This film tells the story of a grandmother in her 80’s who finds joy in swimming in the sea every day near her Faroe Islands home, no matter how cold it is. She credits her life-long association with the sea as the cure of her postnatal depression.

Two Norwegian surfers discover a secluded Arctic beach near northern Norway. In bitter winds, ice and snow, they follow their dream by surfing in the world’s wildest waves in nine months of darkness. During that time, they live off expired food and build a driftwood cabin for shelter.

The two men, Inge Wegge and Jørn Ranum, have won more than twenty international awards for  North of the Sun.

Eager to prove themselves, two friends go rowing in the Indian Ocean, even though they have never rowed before. They begin on the western coast of Australia, whey they set off with their second-hand boat on a journey into the unknown. Produced by London-based film-maker Ben Finney, And Then We Swam won the Best Film award at Canada’s Banff Mountain Film Festival in 2014. 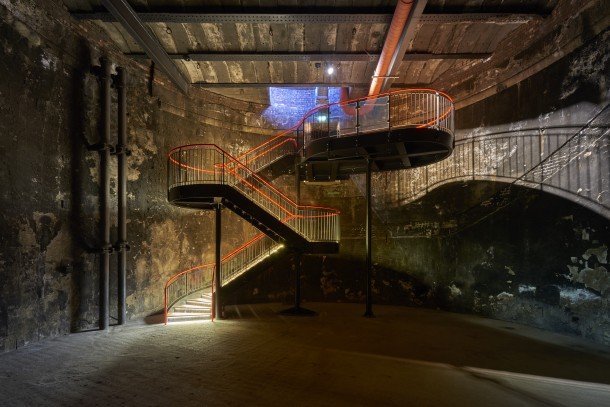 Your ticket will include a screening of the three films and access to the museum and its beautiful roof garden decorated with lanterns and candles. Before the screenings and during the interval, you can also buy some fantastic wild cocktails, delicious Greek-style street food, or honey beer.

These films will be screened between 6.30pm and 10pm on 26th October, 9th and 23rd November. To avoid disappointment, book as soon as possible, as tickets often sell out quickly.

Getting to Adventure Films Underground

The Brunel Museum is just a short walk from Rotherhithe station, which is served by the East London Line overground. The screenings take place in the museum’s tunnel under the Thames.

Whether you’re planning an exhibition or a corporate function at an venue in London, get in touch with Venueseeker today and tell us what you need.