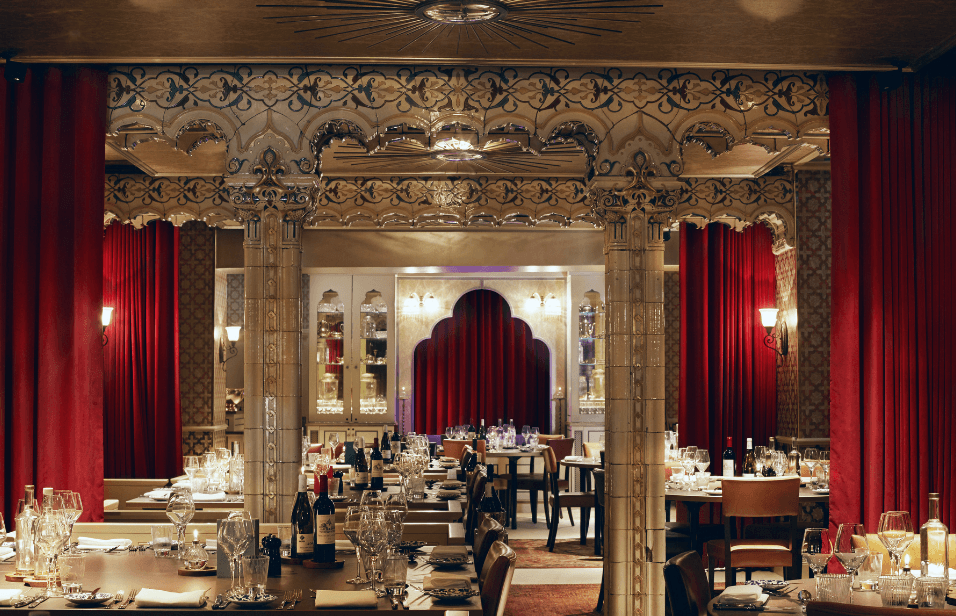 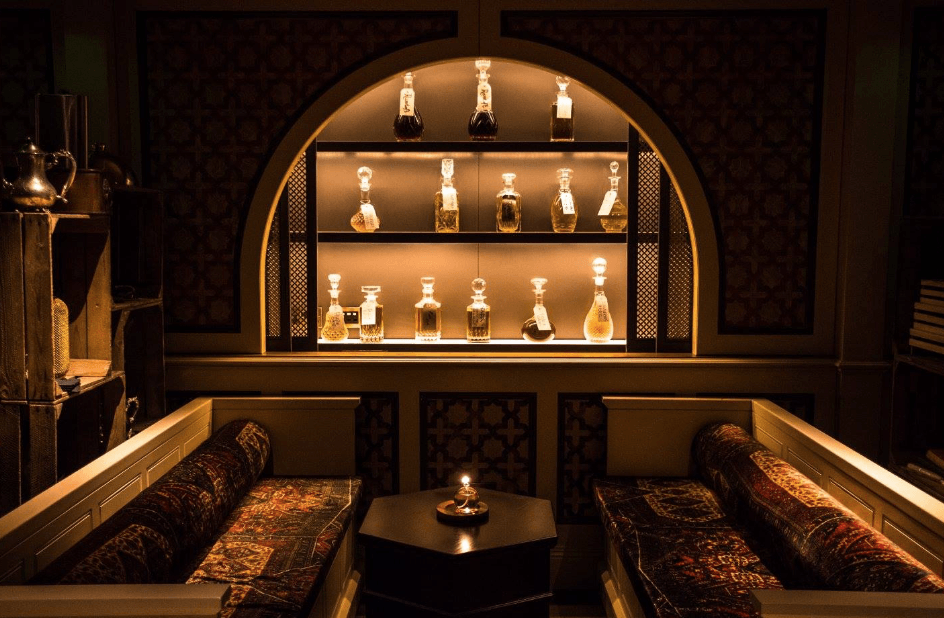 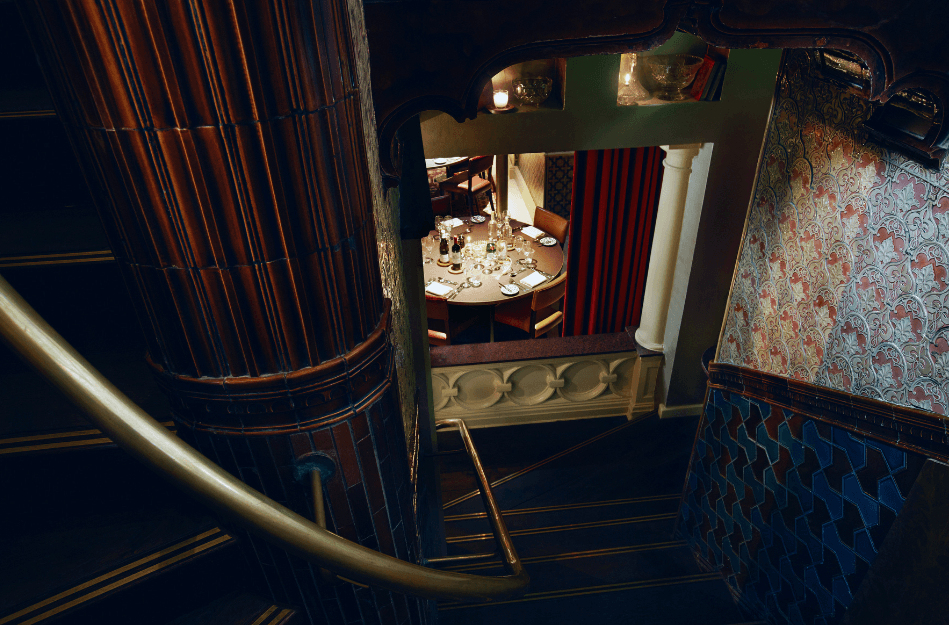 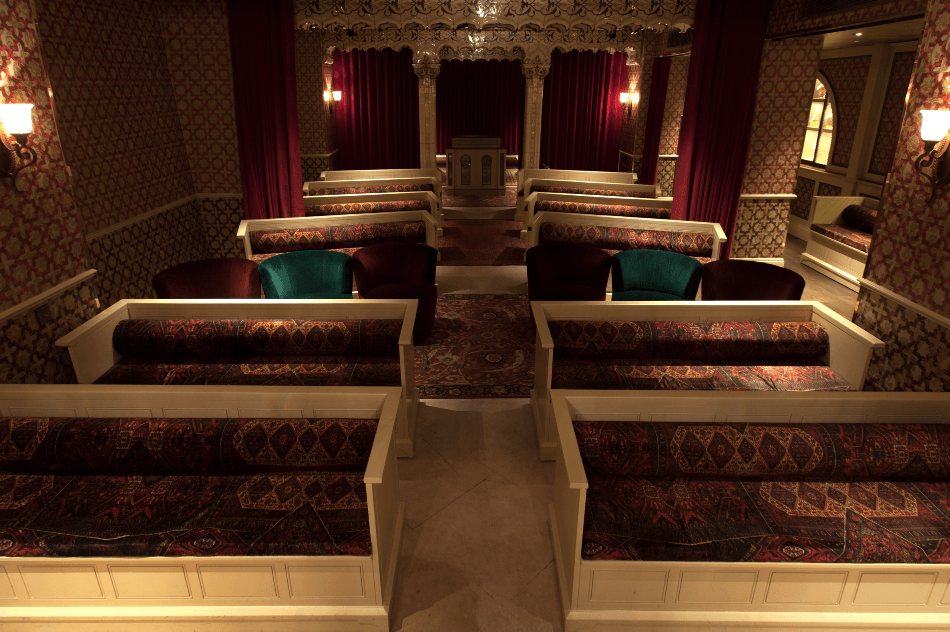 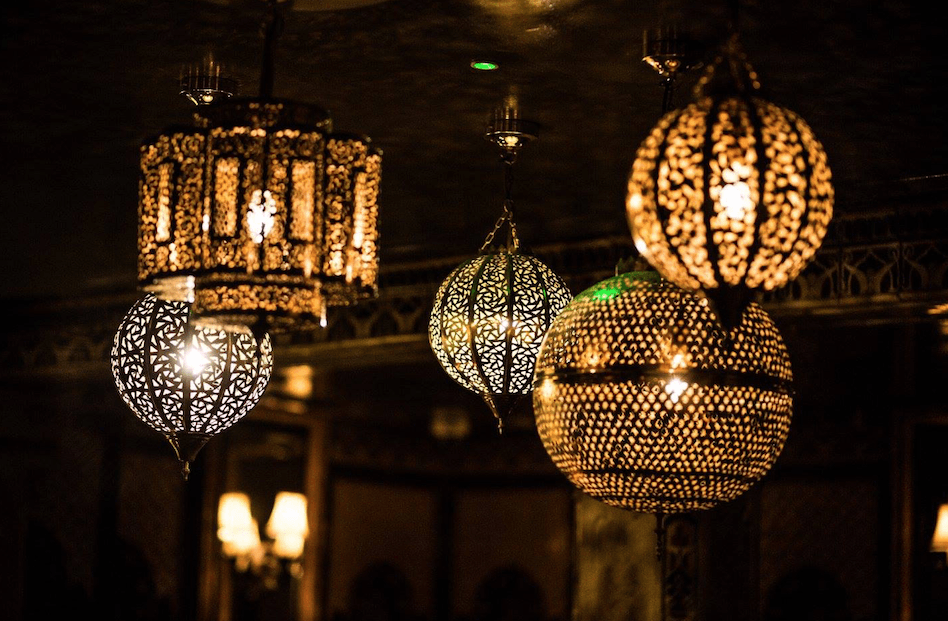 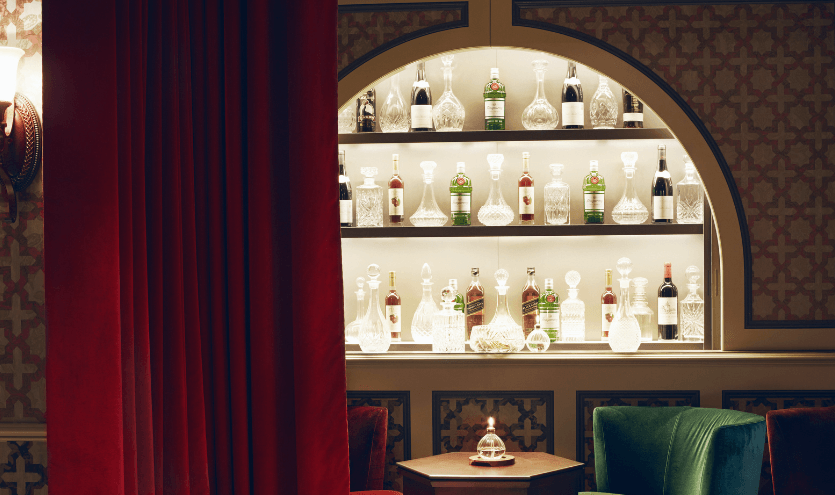 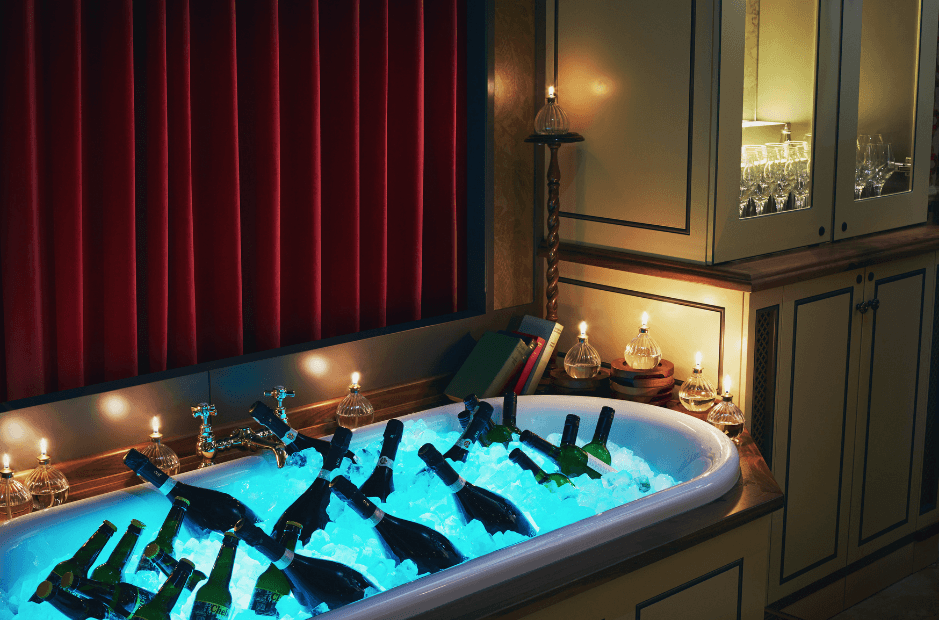 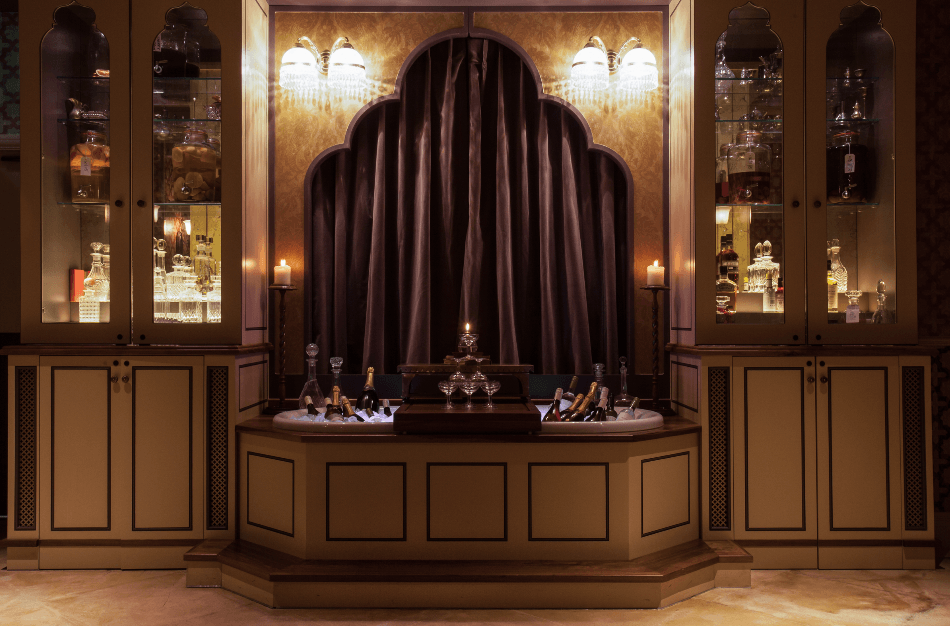 The Victorian Bath House is a hidden gem in the centre of the city.

The Victorian Bath House is a gleaming jewel in streets old and winding. Facets capture then reflect the personalities and opulence of the shimmering secret world held within. A splendid alcove transient from the modern mode, yet so perfect for today’s wild days and nights of carefree abandon.

Camm and Hooper employed the somewhat prestigious talents of the Russell Sage Studio to lavishly infuse the Bath House’s interior with geometrical style. Meticulously preserving the Grade II listed characteristics of the old building, they have spun strands of azure and crimson motifs resplendent across their intoxicating designs.
An event space is nothing without the supporting elements necessary to deliver an experience of finesse.

The fruits of their toil have created a parlour without equal, full of intrigue and novel excitements, yet ultimately customisable and accommodating to the whims of the most demanding guests. With capacity enough to serve one hundred and fifty persons with finesse and detail to a precise point.

Now a Grade II Listed Building, the Victorian Bath House is one of the most intriguing architectural curiosities in London. Withstanding the march of time, it has survived modernisation and bombing to still feature as one of the capital’s true hidden gems.

Turkish baths have sat in Bishopgate’s Churchyard for two centuries. Records show that the establishment came into the hands of Argyll Baths in 1860 when it was formally renamed as the New Broad St Turkish Baths.

The next details in the history book are vague, with the sale of the property to the Nevill brothers occurring around twenty five years later. This duo, the premier bath-house company in the city, decided to demolish and rebuild the old building to compete with their Northumberland Ave establishment. On completion, the new Bath House first saw light of day in 1895.

Designed by G Harold Elphick in a distinct and original style, this new bath-house used tessellating Arabic motifs in classic colours featuring tiles from both Craven and Dunhill. Crafted to appeal to the city gent, the venue was an instant hit in the daily broadsheets.

Marble-floored hot rooms, mosaics and even gilt-edged décor set the bath-house interior apart from that of its rivals, with stained glass and rich occidental rugs finishing the picture. With a number of various utility rooms offering shampooing and steaming, any patron would emerge from its confines groomed to perfection.

The Bath House ran up until 1954, when harsh post-war budgets pushed up the price of fuel to a level uneconomical for the continued success of the establishment. After many years spent as a simple storage facility, it first started to see business again as a restaurant in the 1970s.