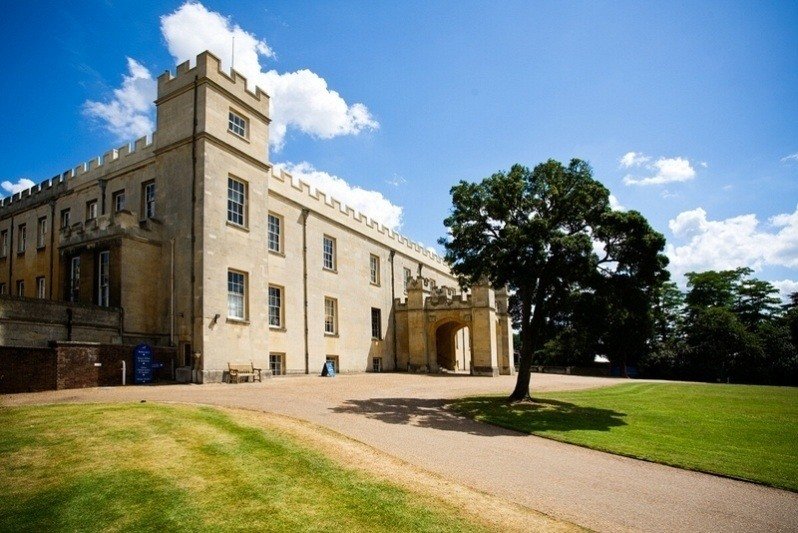 The house has played host to the lavish parties of the Dukes and Duchesses of Northumberland for hundreds of years, and now it could host your event.

Surrounded by 50 acres of parkland, the venue offers a countryside oasis – and yet is located only 10 miles from central London.

Events can either be held inside the many rooms of Syon House itself or in a purpose-built venue located in the grounds, The Conservatory at Syon House.

Inside Syon House, the spaces are split into three areas: the State Apartments, the Private Apartments and the Northumberland Suite.

On the Ground Floor of Syon House, the Northumberland Suite is comprised of the Northumberland Room and Albury Room and has access to the surrounding gardens. A magnificent marble fireplace dominates the room, whilst fascinating collections of artefacts and pictures documenting the history of the house offer stunning focal points throughout the space. The adjacent Albury Room can be used as a break-out reception space.

For larger events, the Grand Hall of the State Apartment suite makes a magnificent setting. Decorated in the style of a Roman Basilica and evocative of Greco-Roman splendour, this glamorous space was designed, and is used still, to welcome the Duke’s guests. Up to 250 standing guests or 120 seated guests can be hosted in the Grand Hall.

Similarly, the State Dining Room is a room fit for a King. Based on the opulent French Regency style, the white and gold room is adorned with marble statues of gods and goddesses. The room can host up to 80 seated guests.

The Private Apartments at Syon House include the Private Dining Room and Green Drawing Room. The Dining room is still used by the family and is furnished with the finest mahogany furniture dating from the 18th Century. A large chandelier hangs from the ceiling and the walls are hung with fine portraits. Overlooking the tranquil inner courtyard in the centre of Syon House, up to 24 dining guests can be hosted within the Dining Room. The Green Drawing Room is another room still used by the family, and offers a perfect pre or post dinner break-out room for either reception drinks or coffee.

Syon House has been home to the family of the Duke of Northumberland for over 400 years. The house is named after a Medieval Abbey Syon, named so after Mount Zion of the Holy Land that previously occupied the site. The Syon abbey was dedicated to the Bridgettine Order established in the C14th by the Swedish mystic St Bridget. It was one of the last great abbeys to be built and dissolved by King Henry VIII in 1539.

In 1547 King Henry VIII’s coffin was brought to Syon on its way to Windsor for burial. The coffin burst open during the night and in the morning dogs were found to be scavenging at the remains- this was believed to be a divine judgement for the King’s desecration of Syon Abbey.

Following the destruction of the abbey, the land became the property of the Crown and was put into the possession of the 1st Duke of Somerset. The Duke built Syon House in an Italian Renaissance style between 1547 and 1552 when the Duke was executed. Following the Duke’s execution, the house was acquired by John Dudley.

In 1557 the Roman Catholic Mary Tudor recalled nuns to re-establish the abbey at Syon but this was short lived as the Protestant Queen Elizabeth came to the throne in 1558.

In 1594 Henry Percy the 9th Earl of Northumberland acquired Syon house and the family has lived at the house ever since.