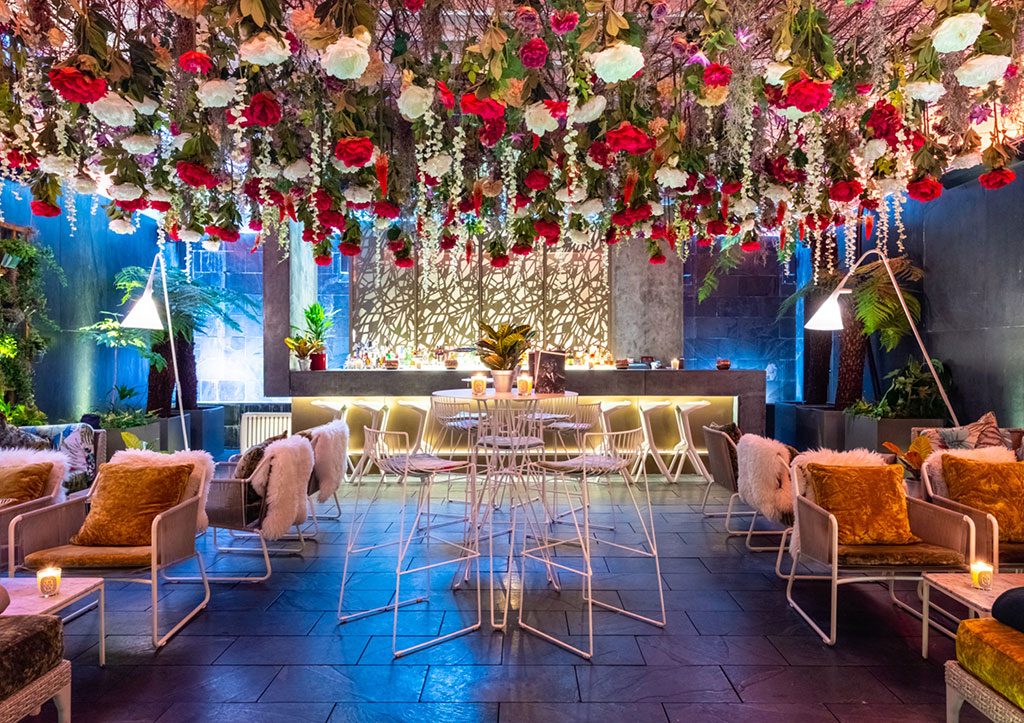 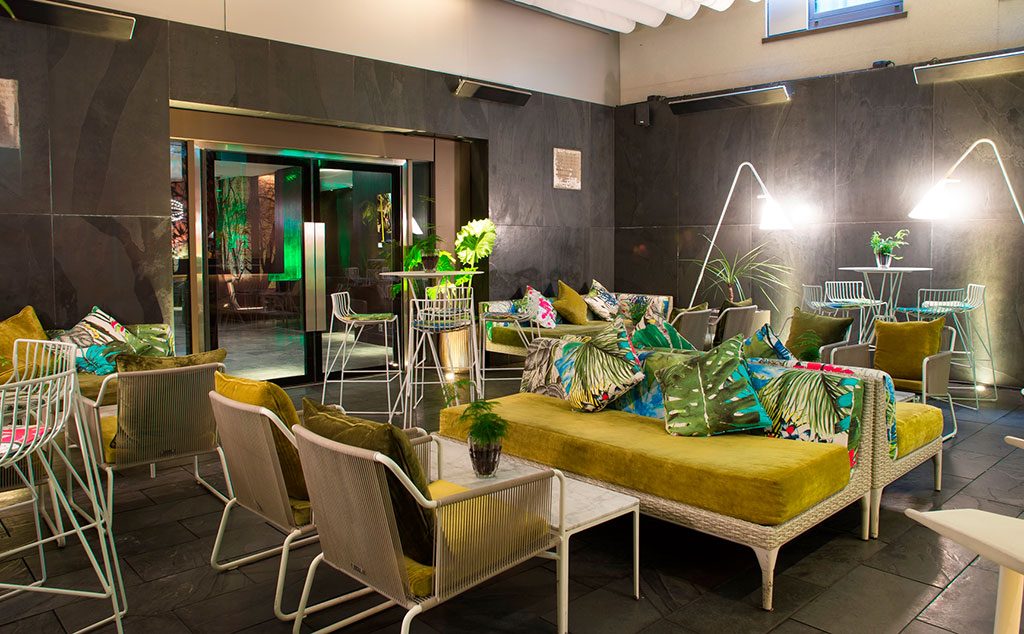 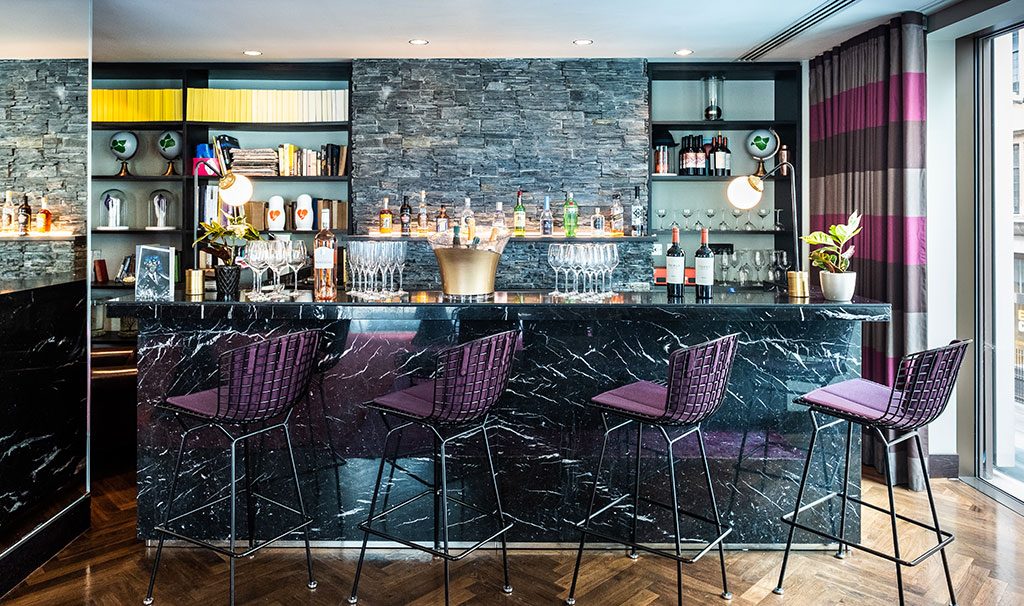 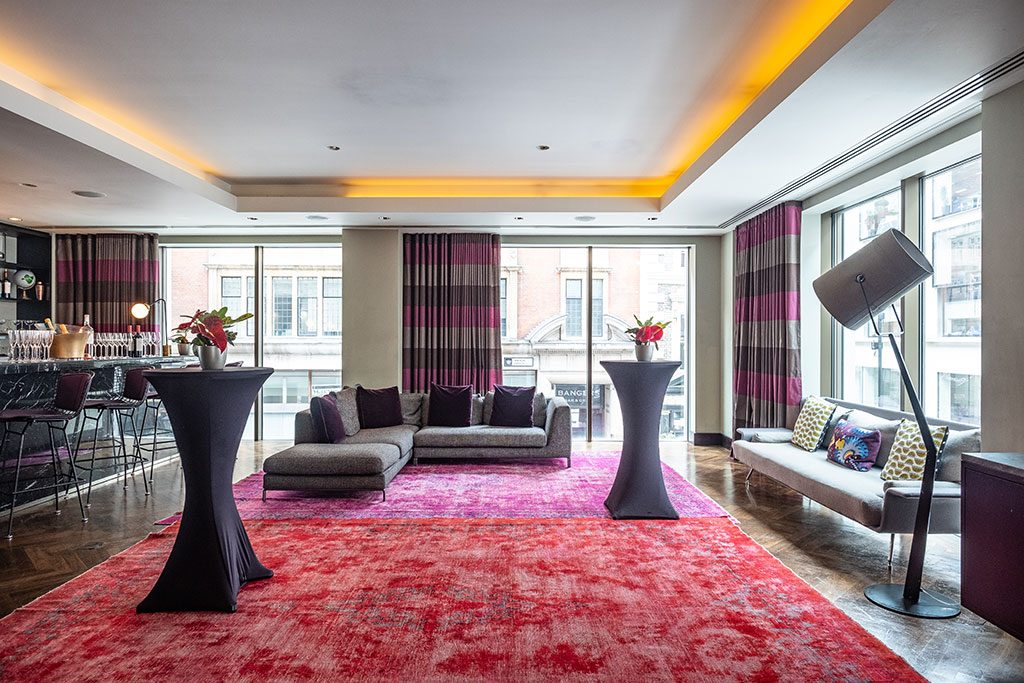 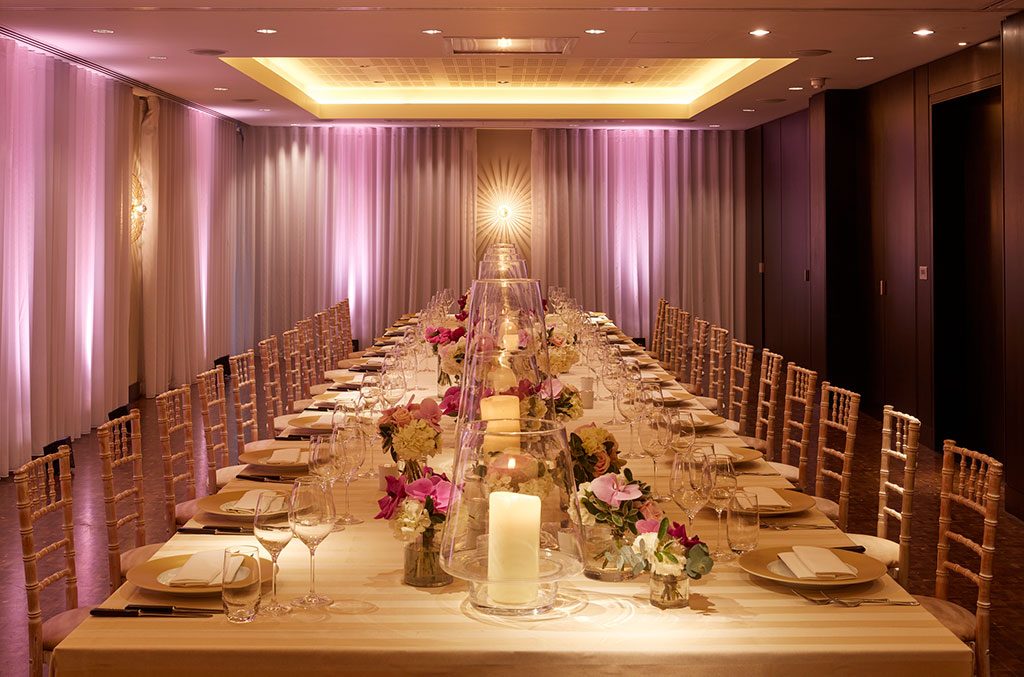 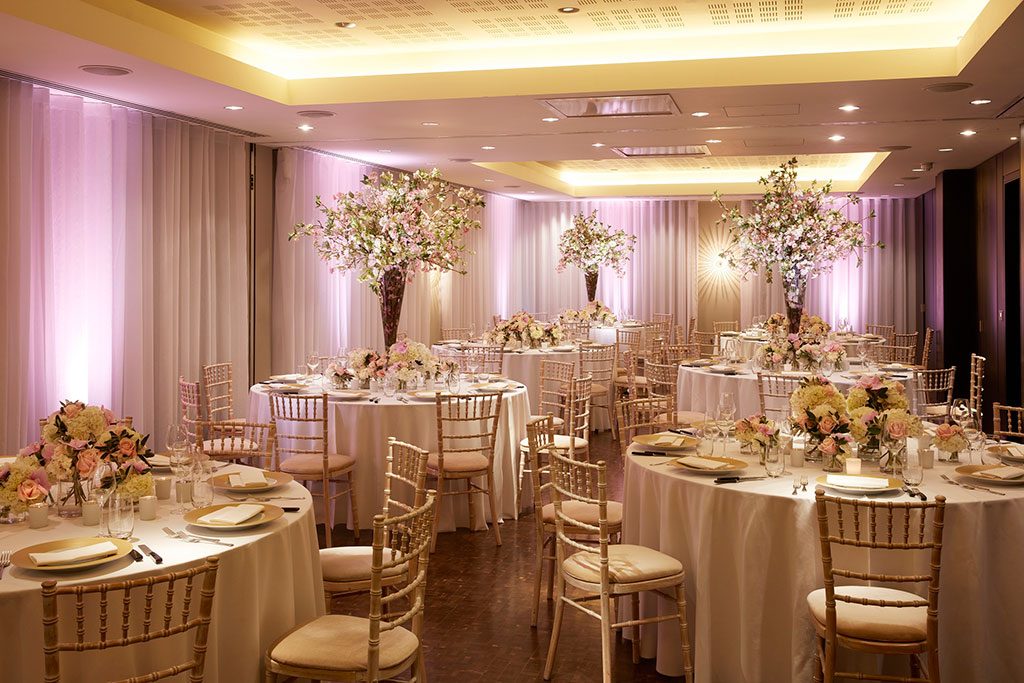 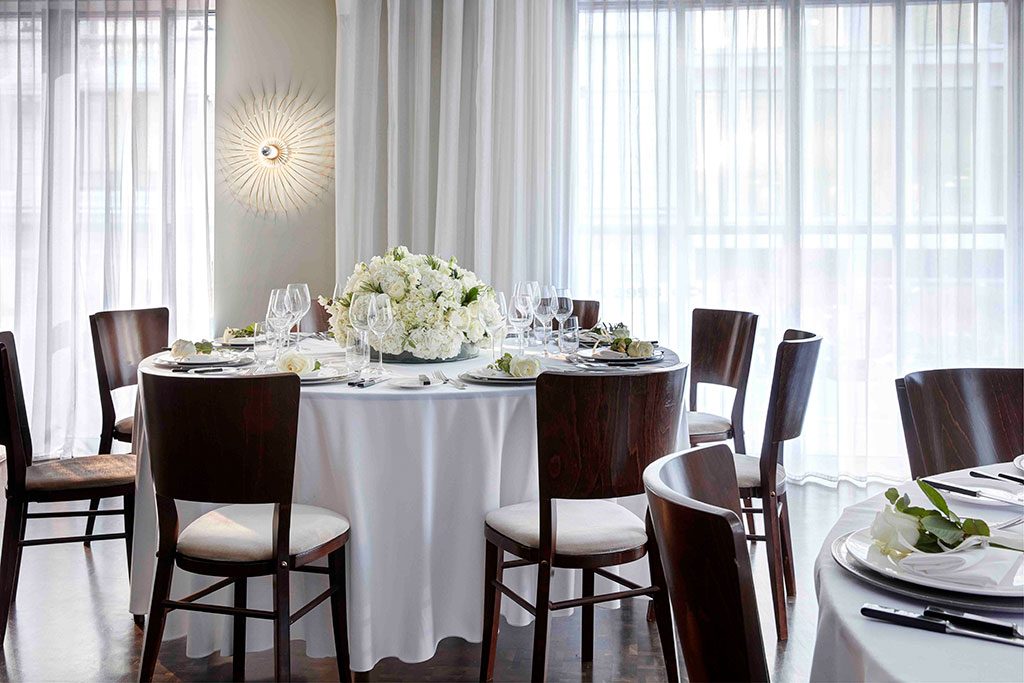 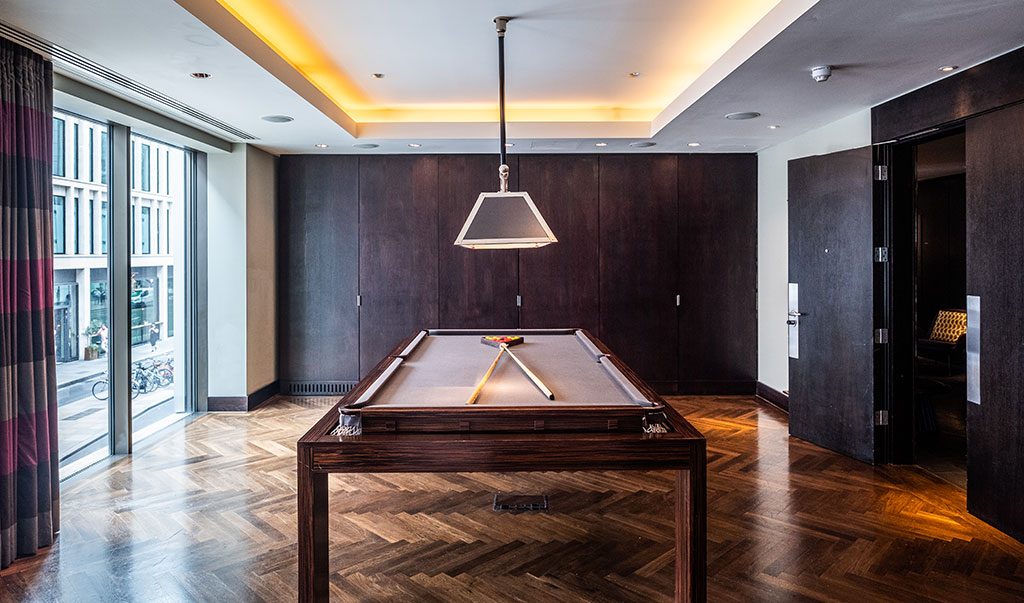 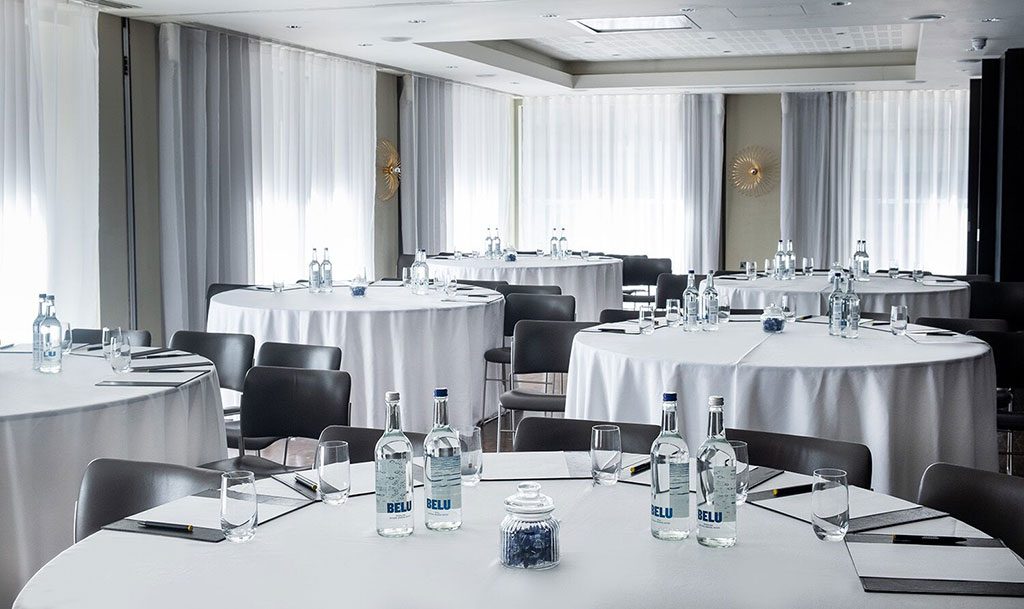 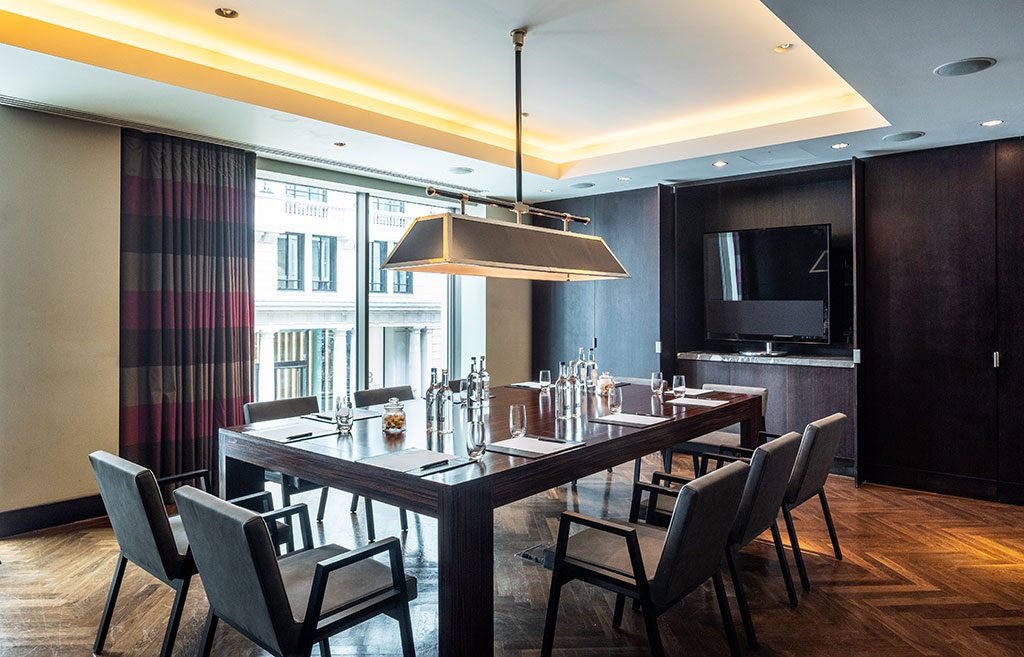 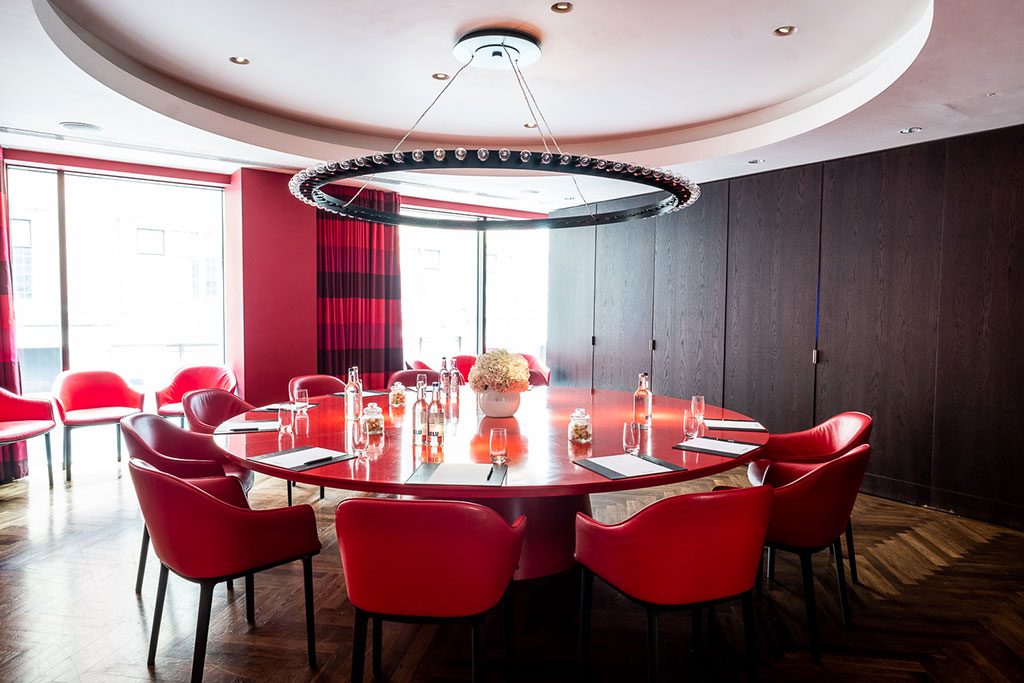 Each of the five meeting and private dining rooms has its own unique style. The furniture and lighting are modern classics, and each is named after a legendary spy. Hidden around the room you’ll find the spy’s ‘tools of the trade.’ All of the rooms enjoy natural daylight from south-facing floor-to-ceiling windows, concealed cloakrooms, and built-in fridges stocked with soft drinks.

Purdey & Steed, the largest two rooms are dedicated to John Steed and his sidekick Purdey from The New Avengers and are available separately or interconnected to create one large, flexible space.

Tucked away on the first floor of the hotel, The Secret Garden is an outdoor bar sheltered from the elements and the stress of the city. Tropical touches such as slate waterfalls, palms and bamboo, a stage-lit bar and a sixty-foot sculpture running the height of the interior wall.  Usually the Secret Garden is reserved for hotel guests and club members, but on special occasions it makes a stunning location for a private party.

Angler is the Michelin-starred rooftop restaurant. Executive Chef Tony Fleming’s menu celebrates seafood from across Britain’s shores and rivers, and the floor-to-ceiling windows celebrate the blue of London skies that deepen with the day.  A long, elegant dining room sparkles beneath a specially commissioned, mirrored ceiling by Grace & Webb that (literally) reflect the glamorous location.

South Place Hotel is an 80-bedroom, luxury hotel in the City of London, just minutes away from Moorgate and Liverpool Street stations.

The hotel is a slice of London’s energy and culture, with strong links to the neighbourhoods on its doorstep – Silicon Roundabout at Old Street; the art, fashion and nightlife of Spitalfield’s, Shoreditch and Hoxton; as well as to business travellers in the Square Mile.