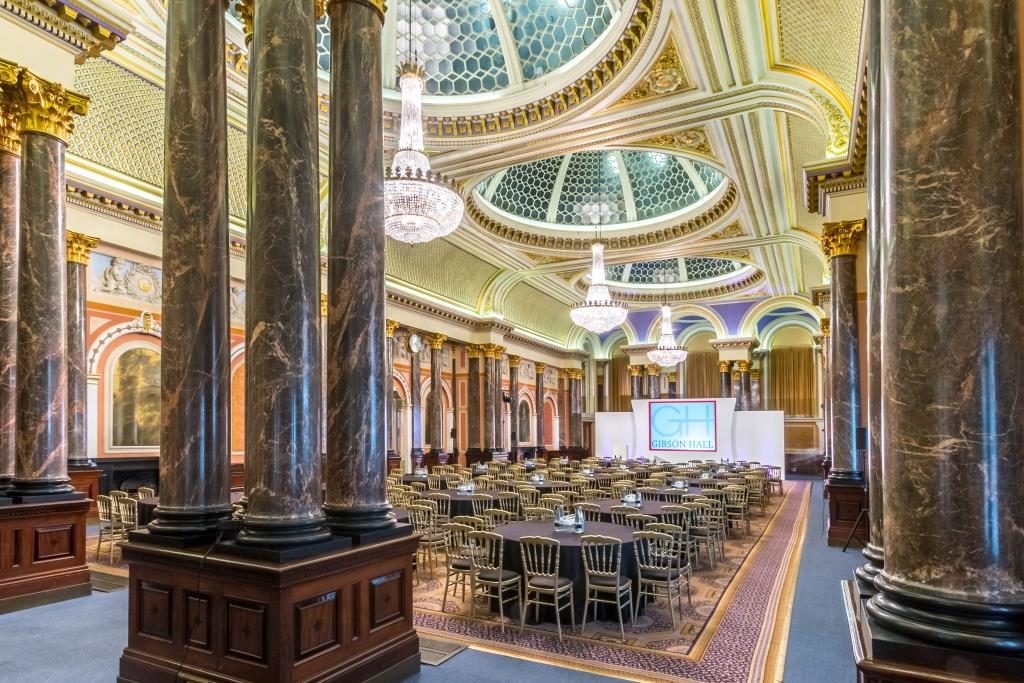 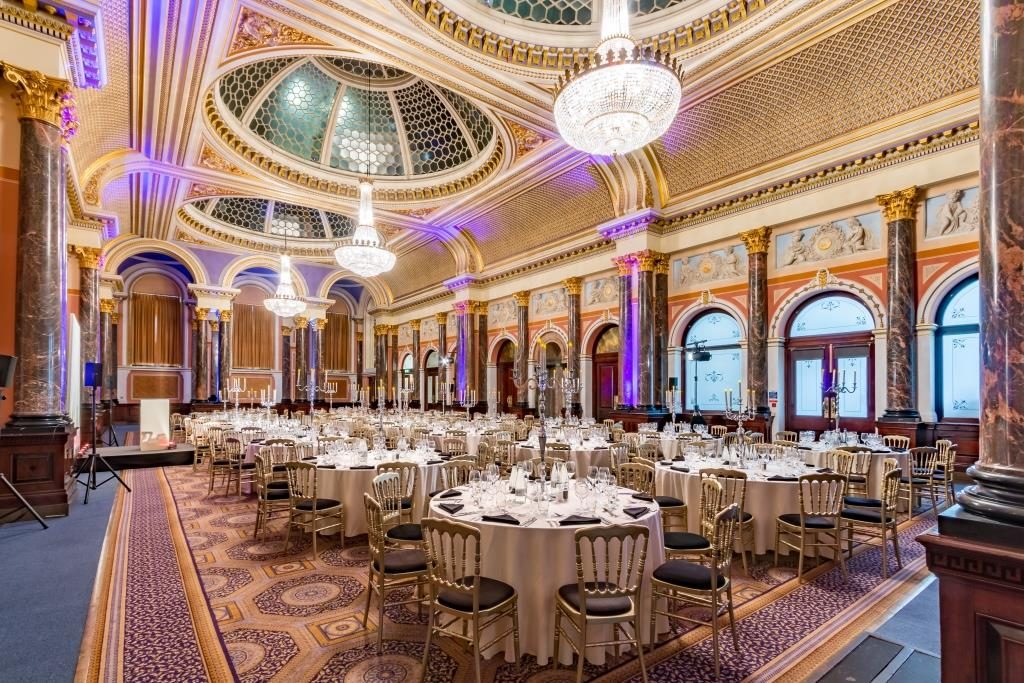 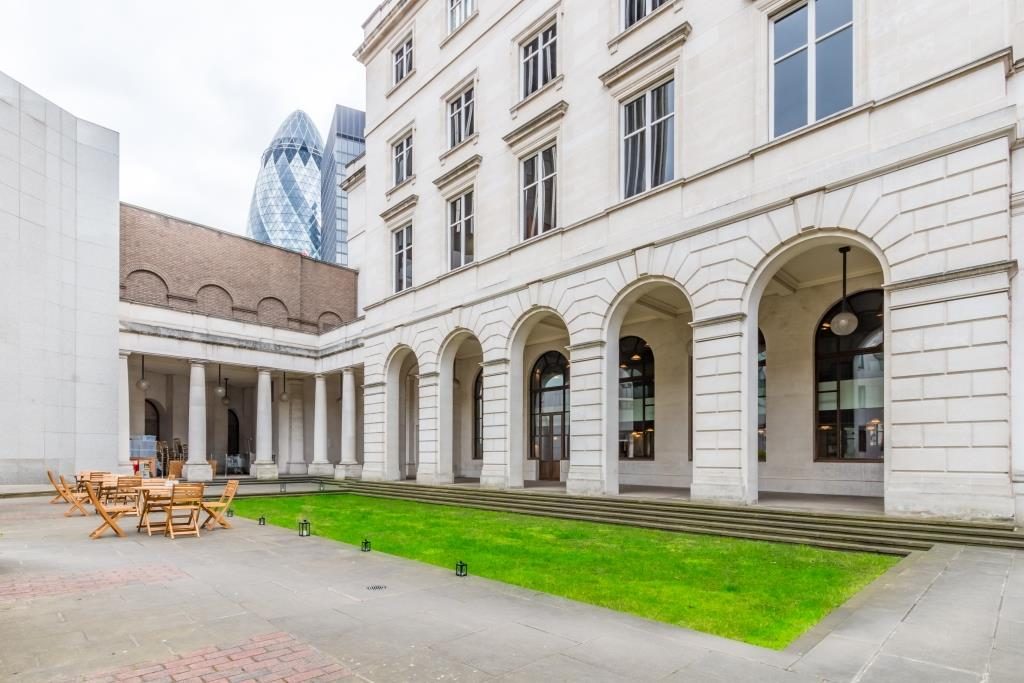 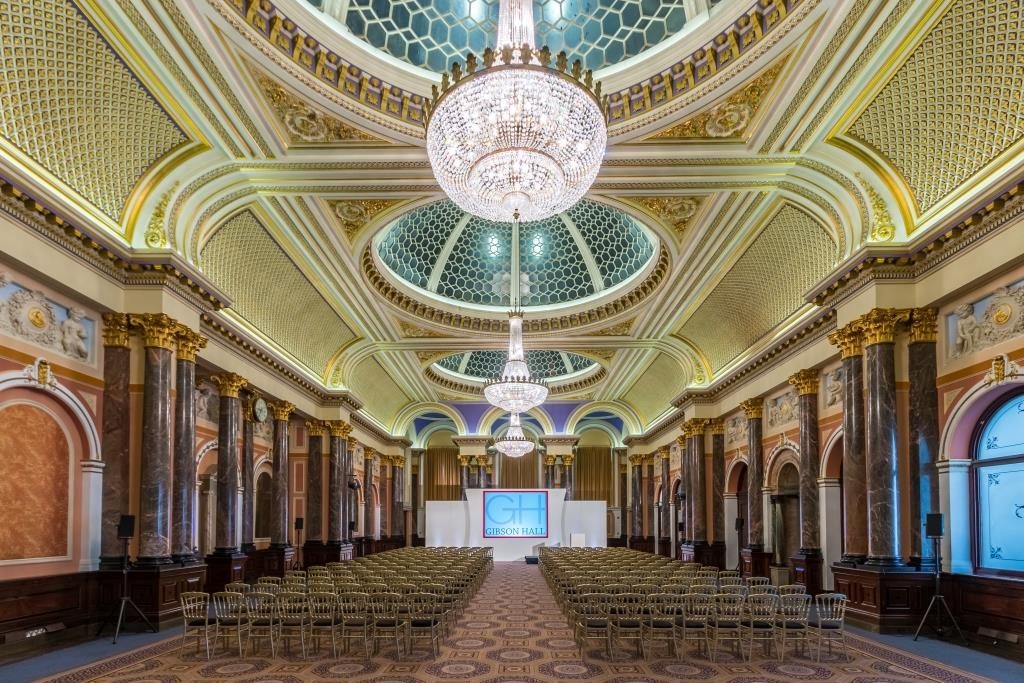 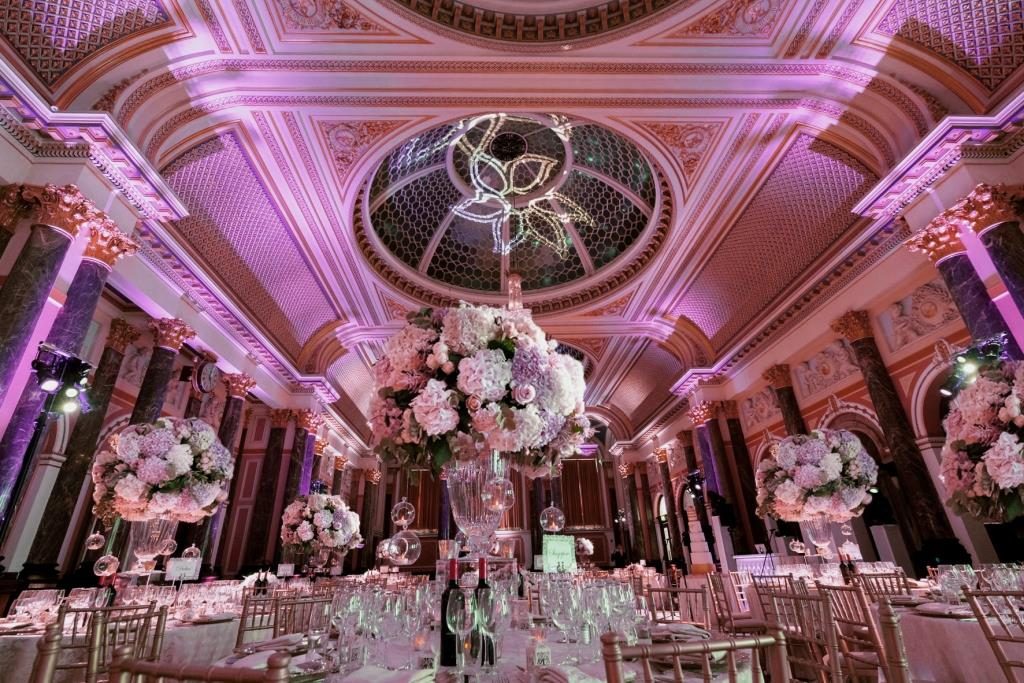 A beautiful Grade I listed ex-banking hall located in the City of London.

Gibson Hall is a magnificent converted banking hall. Complete with its very own secluded garden, this award-winning events space includes the Main Hall, The Garden Room and a private garden.

In 1862 the Directors of the National Provincial Bank of England decided to rebuild their head office in Bishopsgate.

The National Provincial Bank was one of the three banks that ended up forming the National Westminster Bank.

The bank entrusted John Gibson (1817-1892) to design their new head office as he had become known for his rich classical style. Gibson was a former assistant to Sir Charles Barry who built the Houses of Parliament.

The building opened in 1865 and instantly became the largest banking hall in London. The building is widely regarded as Gibson’s finest work and is still famous today for its elaborate detail and design; so much so that the building was renamed Gibson Hall in the 1990’s.

The most interesting features of the exterior of the building are the carved panels set between the columns and the statues on top. These symbolise the industries and crafts for which the bank and its branches supplied finance; including agriculture, arts, commerce, manufacturing, mining, navigation, science and shipbuilding.

The building was granted Grade I listed status in 1950 and is seen as a fine example of Victorian neo-classical banking architecture.

Since the 1990’s this wonderful landmark has been available to hire exclusively for private and corporate events, such as wedding receptions, conferences, formal dinners and banquets.