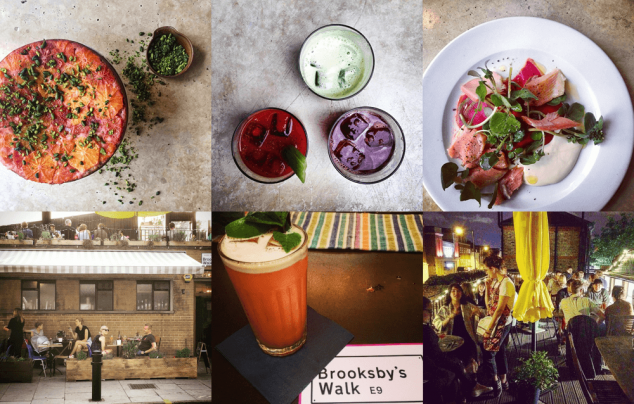 We’re constantly on the look out for the best new spaces in London, which is why we’ll be adding a handpicked selection of brand new venues over the coming weeks. Look out for hidden gems, blank canvas spaces, private dining rooms, open-air venues and urban pop-ups galore.

Let’s get started with our pick of the best new restaurants to visit this month. If you are interested in hiring a space at any of the restaurants below call the Venueseeker team on 0845 688 4410.

Crazy Homies is brash, buzzy and has beats pumping on the stereo – dining there feels like entering an oversized jukebox. Make sure you’re prepared for the tequila, mezcal and chilli that’s about to unfold.

This is the place to show us why man discovered fire” says Fay Maschler. It’s a barbecue specialist with global influences ranging from Argentina to Korea, and there’s a brilliant roadside terrace

This Nordic smokehouse restaurant and bar will be opening in Shoreditch, London on 10 August. An old café, situated on Curtain Road, has been transformed into a 40-seat restaurant and bar open for lunch, dinner and late night drinks, with a downstairs cocktail bar expected to follow.

Boopshi’s is a new kitchen residency at The Abbey Tavern. Events include weekend BBQs, as well as traditional roasts on Sunday. Bratwurst, beef frankfurter and kase-brockwurst are all up for grabs at £4 each and Boopshi’s Burgers for £10, including a 50/50 burger of veal and bacon. Nice!

Saddle up and head to Texas Joe’s BBQ pop-up for authentic Texan BBQ this August. The mean and tasty menu is perfect for carnivorous cravings, it’s all cooked low and slow over aged oak. Enjoy authentic Southern hospitality.

Devised by Jarrod Cooke and chef Giorgio Ravelli, who previously worked together at Upstairs at the Ten Bells, it will offer Northern Italian sharing plates, seasonal cocktails and a weekly barbecue. Near Chatsworth Road, the building it is found in was originally a public toilet.

Casa Cruz invites diners to gather for drinks at an oval copper bar before dining on dishes such as charcoal-grilled monkfish, Argentine steaks and homemade ice creams.

This is the first London outpost of a popular BBQ group from the North. Expect the usual BBQ staples plus some that are more extreme, like a donut burger, ox cheek luge and more. Let there be meat!

Canal 125 is set upon the Regent’s Canal and is a unique restaurant, private hire event venue and bar with award-winning food, great music and a chilled out atmosphere.

The duo behind popular scotch egg company Scotchtails are opening a new all day coffee shop, serving up all manner of salads, sandwiches and toasties, alongside specialty coffees, homemade nut milks and cold-pressed juices.