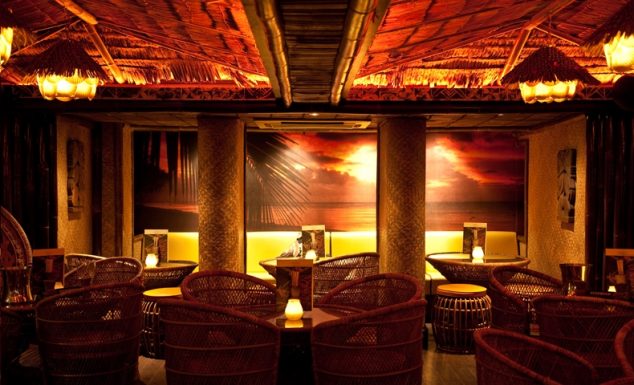 New venue openings across the UK in September

As the summer holidays draw to a close and autumn looms, here are eight fantastic new restaurants and venues opening up across the country during September.

New restaurants and venues opening up in the UK this month.

For high-end French dining, visit this majestic Fitzrovia venue, led by chefs Le Phoque and Serge, who ran a Michelin-starred restaurant in Hong Kong. Open on September 15th, it will be part of the 34-bedroom Mandrake hotel on Newman Street, and open for breakfast, lunch and dinner.

Opening this month on Kensington High Street, Mahiki will be one of the most exclusive party venues and restaurants in London, serving mouthwatering pan-Asian food and award-winning cocktails. It will replace the Alpine-themed Bodo’s Schloss club which closed its doors in June.

Just opened, the Wellbourne in the picturesque and affluent Clifton Village area of Bristol is now the talk of the city. Opened by chefs who ran the Michelin-starred Dabbous restaurant in Bloomsbury, central London, this immaculate restaurant and wine bar offers delightful seasonal food just a short walk from the famous 19th-century Clifton Suspension Bridge.

Cardiff – The Tempus at Tides Restaurant and Bar

Soon to be open in the Welsh capital is this refurbished bar and restaurant of the five-star St David’s Hotel on the city’s beautiful waterfront. With the highest quality, locally sourced produce, guests at the Tempus at Tides can enjoy the finest cuisine in Wales as they admire the views of Cardiff Bay.

This new Indian restaurant, due to open this month, is the second branch of the Tamatanga eatery, the first of which opened in Nottingham and has been highly successful. Informal and laid-back, this venue will serve classic curries and biryanis, including a daily 2-for-1 cocktail deal.

An elegant new wine bar with scrumptious Asian cuisine, this new venue on Bread Street has an incredible collection of Old World wines, as well as orange wines, premium Champagnes and cocktails. It has been opened by Scott Wyse, who worked at the Michelin Bib Gourmand restaurant Dogs.

Interested in hiring your own venue in the near future?

Whether you’re interested in booking a seated dinner at an events venue in central London or another private function at a prestigious events venue in the City, contact Venueseeker today to tell us your ideas.