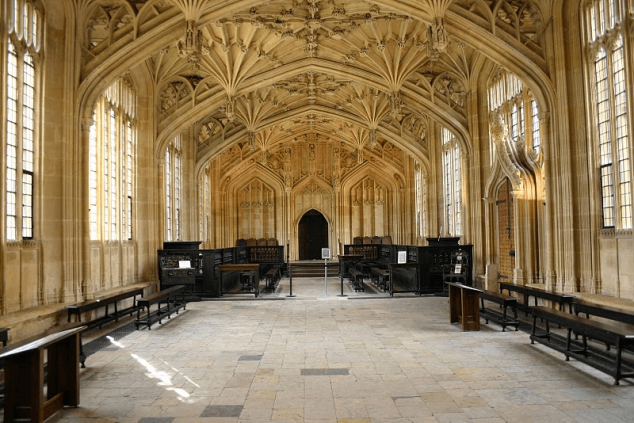 What’s On at Hogwarts In The Snow

In the midst of winter, few places are more magical and inspiriting than Hogwarts in the Snow. And from now until January 29th, you can be right at the heart of it all at the Warner Bros Studio Tour near London.

About the Warner Bros Studio Tour

This thriving family attraction opened its doors in 2012 and now welcomes thousands of visitors each day. Discover how the groundbreaking Harry Potter films were made in one of the world’s biggest film-making exhibition centres, which was built at a site that was used for aircraft manufacturing during the Second World War.

The exhibition, which began on November 19th, features Christmas trees in the Great Hall and a snow-covered Gryffindor common room. You’ll also see trees decorated with golden baubles with witches on broomsticks, and long dining tables laid out for those huge Hogwarts feasts. See the Hogwarts castle model covered with a special mixture of salt grains and granulated paper, which were carefully chosen to mimic the appearance and texture of real snow.

You’ll have the opportunity to touch the different kinds of ‘snow’ and decide for yourself where they look and feel like the real thing! (temperature aside!). In the Gryffindor Common Room you’ll also notice the Christmas cards that were originally made by members of the cast when the films were produced all those years ago!

Other things to see at the Warner Bros Studio Tour

From February 4th to March 31st, the studio operates a special exhibition dedicated to the house-elf Dobby. See a gripping interactive motion capture and find out how Dobby was created from a tennis ball on a stick and transformed into a three-foot tall free male house-elf. From July 21st to September 4th, the studio will also host the Wizarding Wardrobes exhibition, where you’ll have the opportunity to see thousands of costumes that were designed and used during the films, including Hermione’s formidable Yule Ball gown.

How to get there

Despite its branding, the Warner Bros Studio Tour is quite some distance from central London. It is in the commuter town of Leavesden near Watford, which can be easily reached via the M25 or M1. It’s also easily accessible by train via Watford Junction station, which has regular services to London Euston, with journey times of approximately 20 minutes.

Looking for Harry Potter venue hire for your next event?

Venueseeker, Britain’s most trusted venue-finding service, manages many luxury venues across London and other areas of the country.

One of our oldest and most picturesque is the Bodleian Library of the prestigious University of Oxford. The second largest library in the country, it was one of the filming venues for the Harry Potter films, and can now be hired for private events.