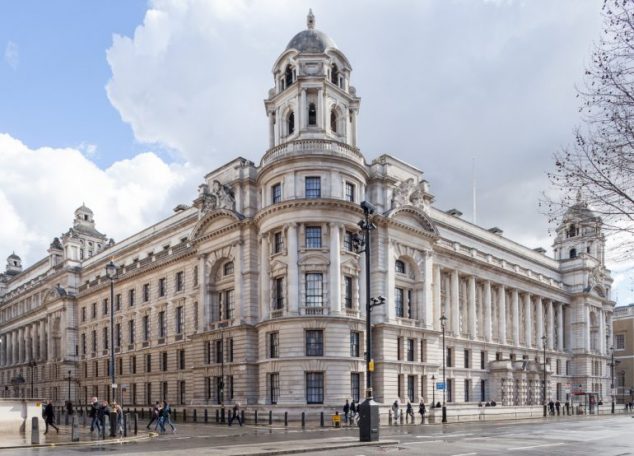 We know time flies here at Venueseeker, so here’s something for your 2020 diary!

There’s no disputing the fact that The Ned has been one of 2017’s most exciting new openings, so you can rest assured that this is going to be one of 2020’s top new destinations for London events.

Raffles Hotels & Resorts has announced that it is opening its first UK hotel, in partnership with the Hinduja Group and Obrascon Huarte Lain Desarrollos (OHLD).

The company will be transforming one of London’s iconic landmarks, the Old War Office building in Whitehall, into a luxury hotel. Steeped in history (it was the office of Winston Churchill, David Lloyd George, Lord Kitchener, Herbert Asquith and T.E. Lawrence and was the HQ of the British Secret Service) the Grade II* listed building features 1,100 rooms across seven floors with over two miles of corridor connecting them all.

Details are yet to be finalised but we know that there’ll be 125 rooms with about 40% being suites, 88 private residencies and several restaurants which you’ll be able to hire through Venueseeker, for corporate and private parties.

Raffles Hotel & Resorts are most well-known for the Raffles Hotel in Singapore which was founded in 1887, named after the British statesman and founder of Singapore, Sir Thomas Stamford Raffles – it was also where the Singapore Sling was created in 1915.