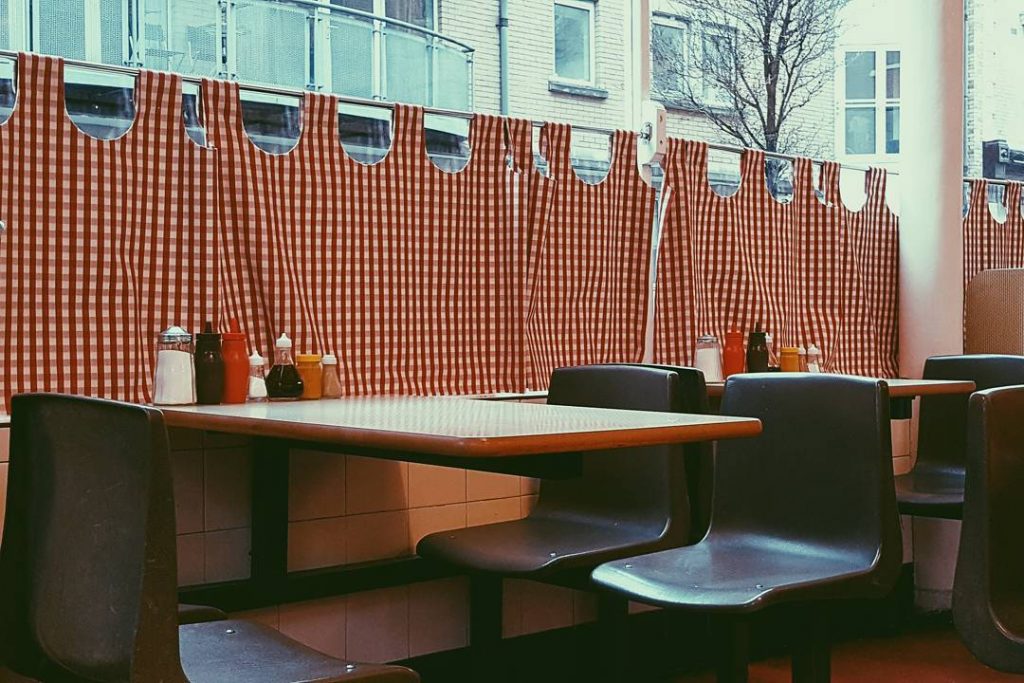 This traditional café opened in 1946 on Regency Street near Westminster. The popular place is designed in an art deco style, complete with original tiled walls, photographs of Tottenham Hotspur footballers and formica-topped tables. The cafe has been featured as a filming location in several BBC series such as Judge John Deed, Rescue Me and London Spy. It has also appeared in the films Layer Cake and Brighton Rock as well as Pride.