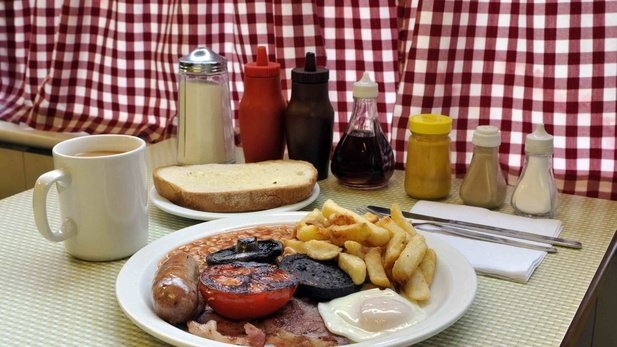 This art deco style café is located on one of London’s busiest shopping streets. It first opened in 1946, and has since been used on several occasions as a filming location, appearing in the films Layer Cake and Brighton Rock as well as Pride. The tiling is original, and decorations include photographs of Tottenham Hotspur footballers and formica-topped tables. In 2013, it was voted as the fifth best restaurant in London.