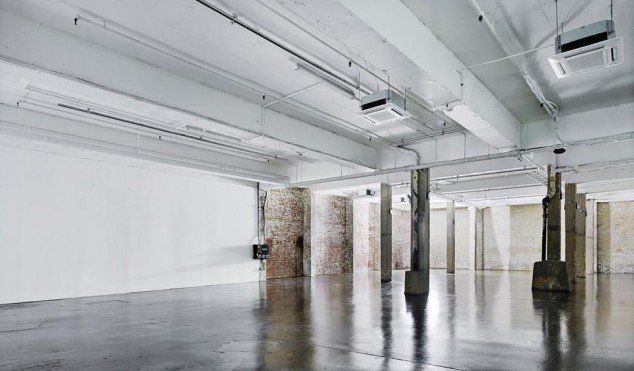 The Best Venues in East London

East London has become one of London’s most desirable destinations over the past few years. This may be down to the fact it’s an irresistible mix of old and new. Added to that is the fact that the area boasts a huge number of cool venues, perfect for events.

If you’re currently searching for a venue within East London, look no further, we’ve created a list of some of the best venues within this beloved section of London.

What was once a railway station is now a multi-purpose event space which hosts a huge range of events. Whilst many blank canvas spaces allow you to be as creative as you wish to be, this particular blank canvas still offers some original Victorian features, such as its large windows and high vaulted ceilings. Studio Spaces features three contemporary multi-purpose studios – due to these three rooms, this venue can offer a blacked out space, a space which is soaked in natural daylight and an area which can be easily adapted to fit a range of requirements.

Better known as one of London’s most impressive skylines, this structure consists of 35,000 bolts and has recently had a 584ft slide incorporated into it. The  Arcelormittal Orbit is an exciting and unique venue within the east end of London. The Acelormittal Orbit offers even more by being a sky high award-winning events venue; what better way to experience London from up high than at this complex venue which provides breath-taking views of the Queen Elizabeth Olympic Park and the City itself.

Near the Hoxton train station stands the beautiful 18th century Grade I listed building named the Geffrye Museum. The venue offers a vintage setting of English history within it, containing striking features which are great as an unusual backdrop for events. Offering both indoor and outdoor areas, it’s the perfect venue for all seasons.

Dating back to the 1700s, this Shoreditch based venue is one of the oldest on this list. Having two names given to it – Shoreditch Church and St. Leonards – it sits at the meeting point of all the major Roman roads that linked London with local towns. Being an 18th century building which has been refurbished by the Victorians and was damaged during the Blitz, Shoreditch Church contains a scruffy, yet also outstanding presence. The old fashioned interior, featuring high ceilings, antique décor and stain glass windows, it has the ultimate backdrop for those all in important pictures at events.

Shoreditch House – what was once known as a six-storey converted warehouse situated in East London is now better known as Shoreditch House, a £6.5m members only venue which consists of a house kitchen, library, bar, restaurant, backyard BBQ, rooftop pool, secret garden, bedrooms and more. This member’s only club is definitely one of East London’s shiniest gems.

Set in the heart of Hackney, sits an exciting new venue called The BrewHouse. This spacious venue is nestled under two large railway arches, with an outdoor courtyard which joins the two together. It’s a charming and adaptable space which can be made into whatever you wish.

Between the iconic towers of Canary Wharf you’ll find the architecturally striking venue, known as East Wintergarden. With its outstanding arched glass atrium soaring above metres of marble flooring and vast windows which overlook both the Jubilee Park and waterfront, it is definitely one of the more memorable venues within the E1 post code.

Get in touch with our team for plenty more venue inspiration or to discuss your next event.