Looking for an outstanding sports venue for your next big function? Then here are three sites that are guaranteed to wow your guests at their next London event.

Three stunning sports venues for your next event in London

Reopened in 2007, Wembley Stadium in northwest London is Europe’s second biggest stadium, with enough space to house up to 90,000 spectators. Few football fans would be unaware of the fact that, in 1966, this was where the England football team celebrated its greatest triumph of the 20th century: A World cup victory after a 4-2 win against West Germany

As well as prestigious sporting events, Wembley Stadium is also one of the most sought-after event venues in London. It can be hired for private functions ranging from corporate events to fashion shows, which can be held in the stunning Great Hall or the intimate Wembley Suite. The stadium also benefits from excellent public transport links, with direct access to central London via Wembley Stadium railway station or Wembley Park tube (Jubilee, Metropolitan) 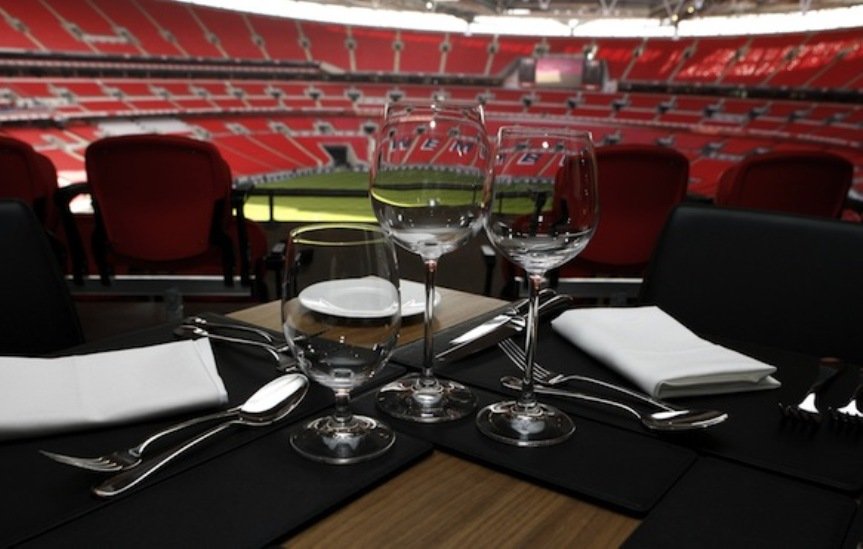 The home of the Surrey County Cricket Club, the Kia Oval in Kennington, south London, held the first FA Cup final matches, in 1872. One of the world’s oldest stadiums, it hosts numerous international and first-class cricket matches, and is also regularly hired for private functions such as business meetings and dinners.

Probably the main highlight of hosting your event here is the magnificent panoramic view of London’s skyline from the legendary Corinthian Roof Terrace. With space for up to 1,000 guests, the Kia Oval is ideal for large events, and is just moments from Oval tube station (Northern).

One of the world’s most famous football clubs, Chelsea FC has enough space for between 2 and 1,500 standing guests in its 24 sophisticated function rooms and 60 syndicate rooms. The stadium, known as Stamford Bridge, is easily accessible via Fulham Broadway station (District), a short walk away.

London’s third largest arena. In the Queen Elizabeth Olympic Park in east London, the Copper Box Arena was nicknamed the ‘Box that Rocks’ when fencing events and the Paralympic handball and goalball games were held here in 2012. It also has a world-class auditorium that can be hired for private functions, and can accommodate up to 7,500 seated guests at the Fully Seated Arena, or 6,500 standing guests at the Main Auditorium.

If you’re interested in booking one of these London events venues or would like to find out about other events spaces, don’t hesitate to get in touch with Venueseeker today. Alternatively, feel free to fill in our online enquiry form and we’ll get back to you as soon as we can.