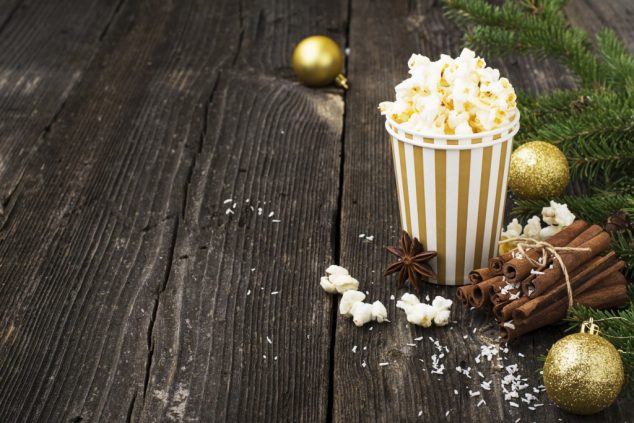 It’s no secret. The run up to the festive period can be pretty busy. We notice the first Christmas ads tricking through as early as August or September, yet millions of us still leave our Christmas shopping and catering until the last minute. However, as we scramble to tick off our shopping lists, we often lose sight of what the festive period is supposed to be: a celebration!

What better way to get in the Christmas spirit than to catch up with some festive films? Here are some of our favourites!

This fun family film is all about a man who is raised as an elf in the North Pole and is sent to America to discover who he really is. The elf, Buddy, is played by Will Ferrell, one of Hollywood’s most celebrated comedic actors.

Starring Macaulay Culkin, Catherine O’Hara and John Heard, Home Alone is one of the great Christmas classics, nominated for two Oscars. A troublesome eight-year-old boy, accidentally left at home alone at Christmas after his family goes on holiday, is forced to fend for himself. Eventually, he has to protect his home for two dangerous burglars, and comes up with a cunning plan.

This American fantasy film, set on busy 34th Street in Manhattan, is a theatrical adaptation of the 1947 film of the same name. Starring Oscar-winning actor Richard Attenborough, Elizabeth Perkins, and Mara Wilson, the plot centres on a lawyer and a girl who must convince people that a man who claims to be Santa Claus is telling the truth.

This fun, musical fantasy-comedy film, based on the 1840’s Charles Dickens novel ‘A Christmas Carol’, centres on Ebenezer Scrooge, a miserable old man forced to own up to his wicked ways when he is met by the Ghosts of Christmas

Another family favourite, The Santa Clause stars one of the funniest actors in Hollywood, Tim Allen. He (Scott Calvin) accidentally kills Santa on Christmas eve,. Soon, he learns that he has been chosen to take his place, and as his physical appearance quickly changes into that of Santa, it becomes increasingly difficult to keep his transformation a secret from his loved ones.

Scrooge – the story of a miserable and corrupt Victorian old miser who eventually embraces the Christmas spirit – is one we can all relate to. Nasty to his workers, disrespectful to his family, Ebenezer Scrooge hates people and Christmas. Fortunately, on December 24th, 1860, he is visited by the ghosts of Christmas past, who change his perspective on the world as they take him back to his earlier years, show him the present, and enlighten him on the future. Scrooge, realising he was wrong all along, is convinced that he should now enjoy his life and become a happier, kinder person. The 1970 adaptation was nominated for four Oscars and stars multiple-Oscar-nominated British actor Albert Finney as Scrooge.

One of the most romantic Christmas films in history, Oscar-nominated White Christmas (1954) is a heart-warming story of a war veteran team (Bob and Phil) who team up with a sister act (Betty and Judy) and visit a Vermont inn, where they discover that the lodge owner was once their commander (General Waverly).

This Golden Globe-winning British Christmas animation is one of the most recent big festive films, released in 2011 and achieving widespread critical acclaim by critics on Rotten Tomatoes. Arthur Christmas, the voice of whom is played by James McAvoy, provides the answers to children’s number one question at Christmas: ‘So how does Santa deliver all those presents in one night’. The answer is that Santa has to take on a mammoth task underneath the North Pole that must be finished before the crack of dawn.

Follow the story of nine-year-old Ralphie, who yearns for a Red Ryder Range 200 Shot BB gun, much to the horror of his family, but must wait until Christmas Day to find out if he will receive it.

Nominated for five Oscars, It’s a Wonderful Life is a story of George Bailey, a man who suddenly loses thousands of dollars on Christmas eve. Having lost hope, only the prayers of his loved ones and a special angel can save him.

Did we miss any of your favourite festive films? Tweet @venueseeker and let us know.