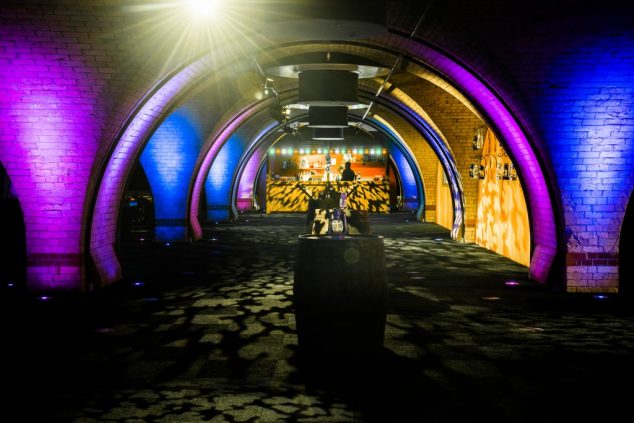 Why we love The Vaults

Why choose The Vaults for events with Venueseeker?

One of our most beloved London events venues, The Vaults is ideal for corporate dinners, conferences, magical Christmas parties, and other special occasions.

Five reasons why we love The Vaults

Featuring high ceilings, exposed brickwork and big arches, The Vaults feels more like a trendy nightclub than a formal events space. With enough room for up to 800 guests (standing), it’s our most flexible events venue in London for parties, awards ceremonies, exhibitions and other private functions.

The Vaults can also accommodate up to 600 people for seated lunches and dinners, and can even be hired in conjunction with Old Billingsgate’s other venues: The Gallery and the Grand Hall.

Just a short walk from London Bridge and the Tower of London, The Vaults is in the bustling City, minutes from railway stations Fenchurch Street and Cannon Street, and undergrounds Moorgate and Tower Hill.

Part of an historic London landmark and former fish market

The Vaults is one of three venues of the Old Billingsgate, a grand 19th-century landmark that is next to the Thames and has excellent views towards the Shard, the Hays Galleria, and Tower Bridge. In fact, long before this building was converted into a London events venue, it was known as the Billingsgate Fish market, the largest of its kind in the world.

The Grade II-Listed building was designed by Horace Jones, the same architect responsible for Tower Bridge, the Smithfield Market and the Guildhall School of Music and Drama. 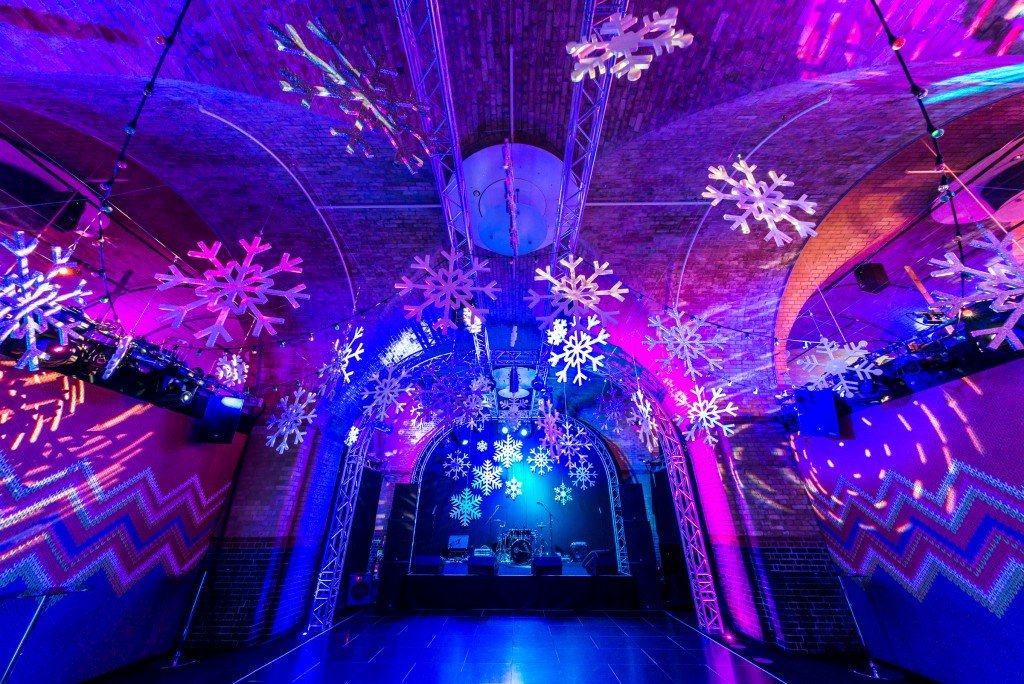 Like all of our luxury events venues in London, The Vaults benefits from top suppliers like our production partner Full Circle and catering partner Create. Because we’re one of 16 brands of the Concerto Group, we have remarkable economies of scale, too. This means we can offer significant discounts so you can get the best value for money and give your guests a showstopping event.

There’s no better time to visit the Vaults than in the run up to Christmas, when the venue is transformed into a winter wonderland. This year, from Tuesday, 28th November to Wednesday, 20th, December, it will host Après, an exciting retro ski-themed party with vibrant neon lights, a ski shack, glitter artists, a party band, an Alpine snapscene, and hanging snowflakes. What could be more festive than this?

Then call or e-mail Venueseeker today so we can arrange a private viewing of The Vaults.