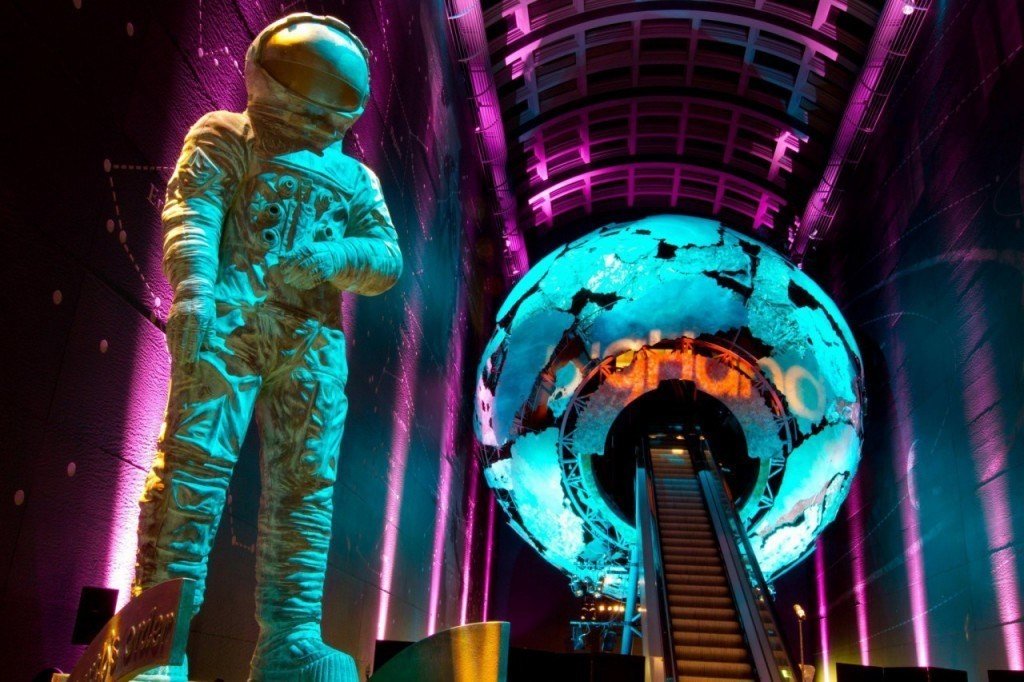 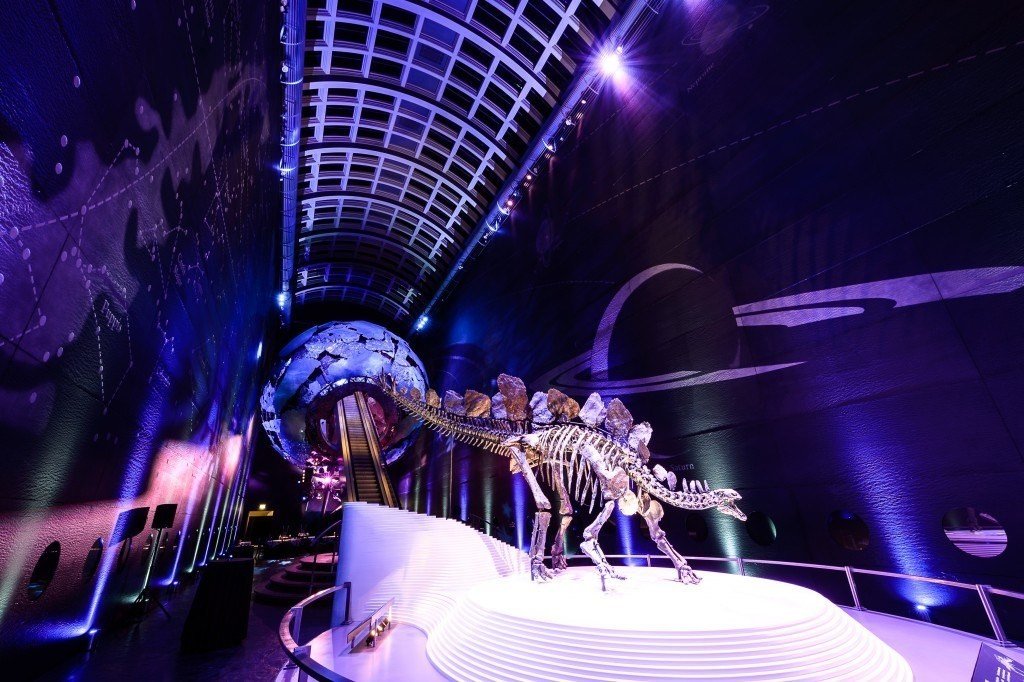 18 metre high slate walls etched with images of the night sky enclose a magical space beneath a suspended giant metallic sculpture of the Earth.

Guests can enter the three-storey space via this exclusive entrance to roam the ground floor space decorated with six statues of gods, monsters, a scientist and an astronaut set onto glass globes.

The Hintze Hall and the Darwin Centre are two more fantastic spaces at the Natural History Museum available for hire.

The event spaces of the Natural History Museum are the perfect choice for summer events. This iconic venue is steeped in history, and includes several vast galleries which set the scene for entertaining.

The Earth Halls at the Natural History Museum opened in 1996 and since then have been a favourite location for unique events. A modern and dynamic setting, the Earth Halls are an exclusive and individual venue ideal for evening events for up to 500 guests.

Within an 8-storey cocoon, the landmark Darwin Centre is the Museum’s most significant expansion since it moved to South Kensington in 1881 – and it’s definitely the most striking. In contrast with the German Romanesque architecture of the original museum, the Cocoon is a modern, organically shaped, light and airy 21st Century structure suitable for up to 350 guests.

The Hintze Hall at the Natural History Museum is a stunning and magnificent setting for any evening event. The soaring arches, ceiling panels of gilt gold and terracotta and the huge Diplodocus dinosaur skeleton ensure that this is a venue to wow guests. This large, flexible space is available for evening events, and can host up to 700 guests for a dinner or 1,200 for a reception.

Create a magical backdrop to your event with The Earth Halls, a celestial event space in the heart of the iconic Natural History Museum.

Dine amongst the stars at the Earth Halls this winter and enjoy a festive theme like no other. A seasonal setting has been inspired by the venue’s awe-inspiring centrepiece, a magnificent globe which sets the scene for extraordinary events. Vast slate walls envelop the space, creating a celestial atmosphere with constellations and space themed decor.

Initial impressions are extraordinary as guests are greeted by the spectacular sight of the Museum’s vast globe. Interior decor tells a story of the past. The Halls are surrounded by precious artefacts, from moon rock and metals to fluorescent minerals. The effect is completed by 18 metre high slate walls, etched with images of the night sky to create a truly magical atmosphere.

The Earth Halls also benefit from a private entrance on the famous Exhibition Road.

The Earth Halls at the Natural History Museum opened in 1996 and since then have been a favourite location for unique events.

The site chosen for the new museum was occupied by the ‘ugliest building in London’ that had housed the International Exhibition of 1863. The new museum was built and although sections of the museum opened from 1883, the museum was not officially opened as the Natural History Museum until 1963.